It’s rare to see Mt. Fuji on a summer day, but thanks to some rain and clear air, it was visible under the cloudy sky. Also visible in this picture are the Tanzawa Mountains. I took this picture from the train. 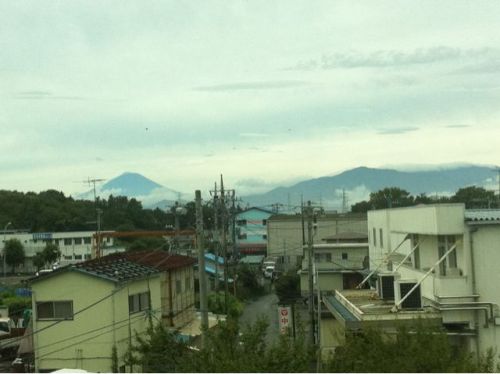 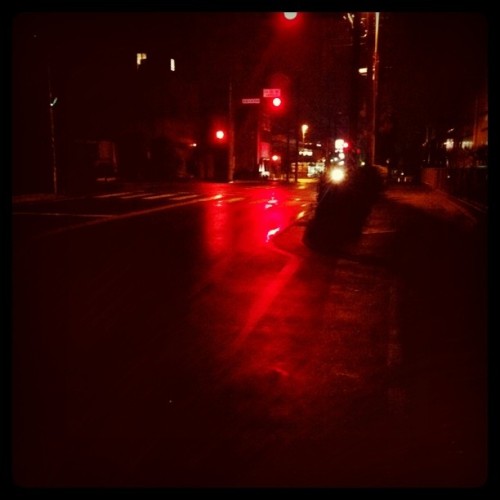 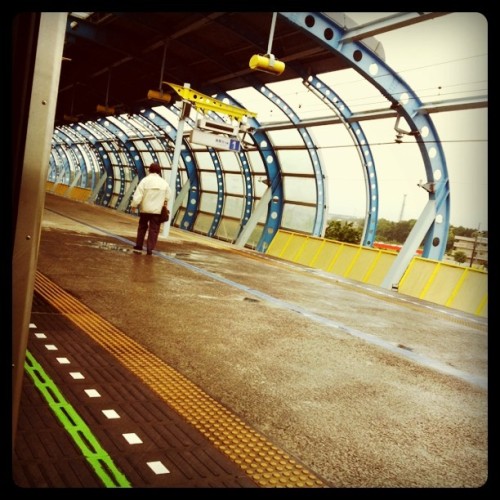 Through the door (Izumi-ku, Yokohama, Kanagawa) 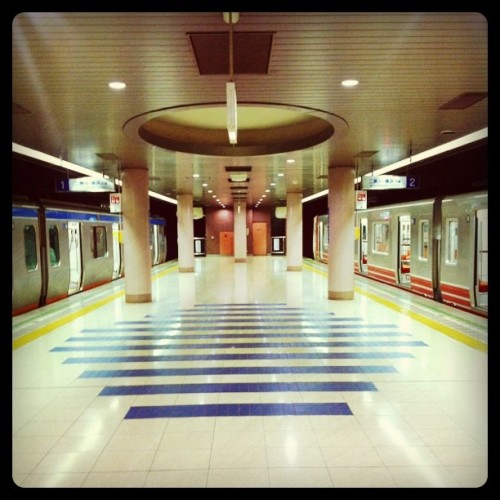 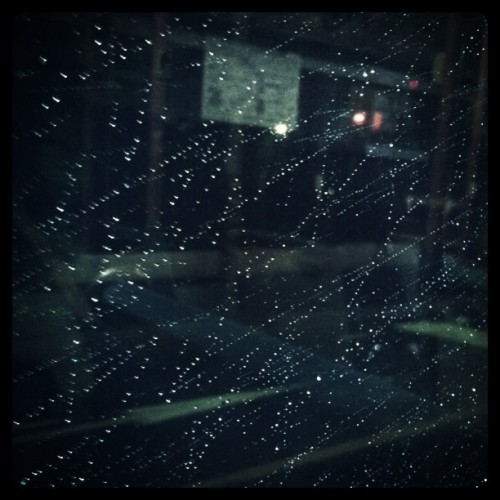 Rain streaks on the bus

Video tape on a bus stop bench. They’ve been there for 2 days.

Did someone have sushi delivered? 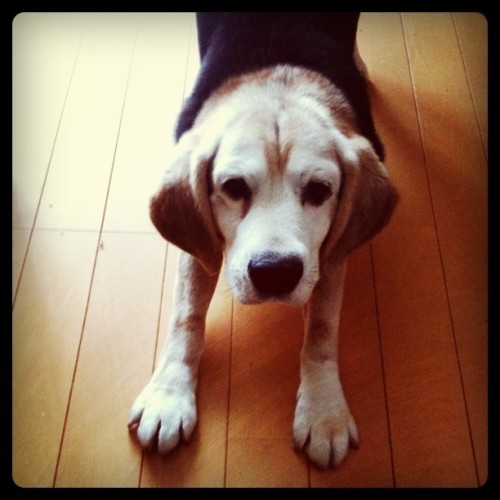 This is the first set of Instagram pictures I’ll be posting.  Each week, I’ll post 10 photos, starting with my oldest ones.  These ones are from May 24th-25th, 2011.  What I’d like you to do is leave a comment stating which photo you like the most and which you like the least, and please give a reason.  Thanks! 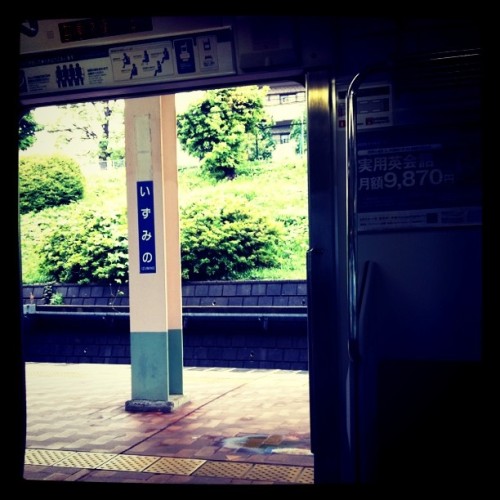 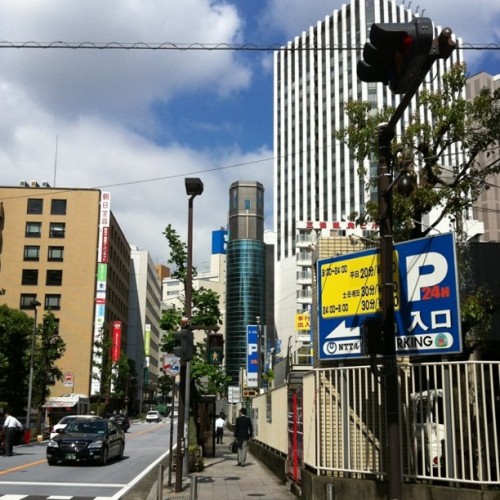 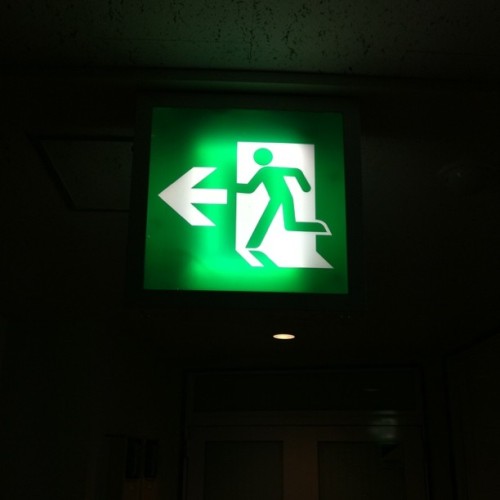 3. You must run through the exit! 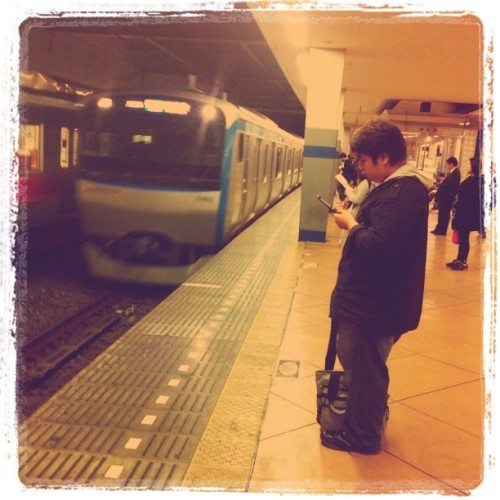 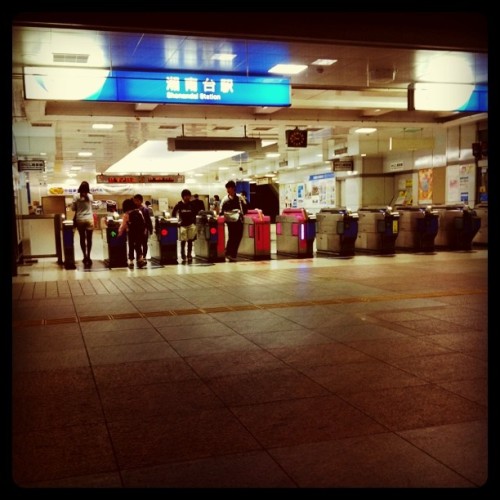 8. Going up to the train. (Fujisawa, Kanagawa)

Once you’ve decided the best and worst photo, please leave a comment!

Mt. Fuji is a very well known sight to people around the world. It’s a symbol of Japan. I’m very lucky to be able to see it on a regular basis. On Saturday morning, as I was riding the train, I could see Mt. Fuji, as well as the much closer Tanzawa-Oyama Mountains very clearly. I took these two pictures from the train with my phone in Izumi Ward, Yokohama. That morning was very cold and clear, so the air was incredibly clear.

The snowcapped Mt. Fuji is very prominent next to the much closer Tanzawa Mountains.

I zoomed in on Mt. Fuji to get a closer look. Looking great!

These two pictures were taken from the train at Yumegaoka Station. The first one was from yesterday, and the second was this morning. The air was incredibly clear, so I had an amazing view of Mt Fuji. I need to start bringing my digital camera with me. Mt Fuji appears much smaller in the pictures than how it actually looks in person.  The nearby mountains are the Tanzawa-Oyama Mountains, which I have visited before. 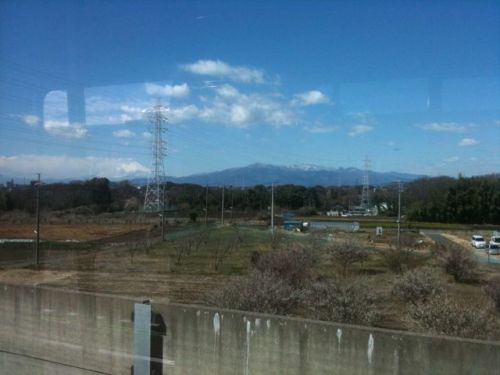 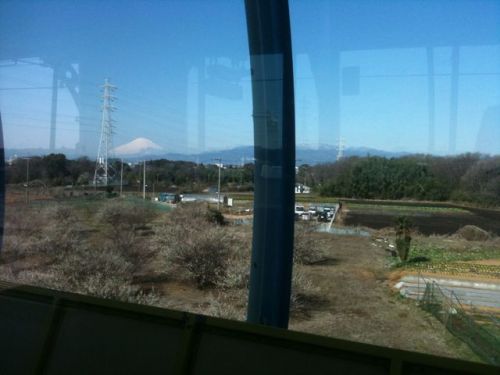 A few days after I posted pictures about palm trees and our subtropical climate in Kanagawa, we got a day of snow! All across the Kanto area, snow fell much of yesterday. It was very wet snow, and at first, it didn’t stay around on the ground or rooftops. However, some did accumulate. As of this moment, it has melted, and is currently raining. But, here are the pictures I took yesterday and one from today.

The snow is hard to see with an iPhone, but you can see the faint lines. 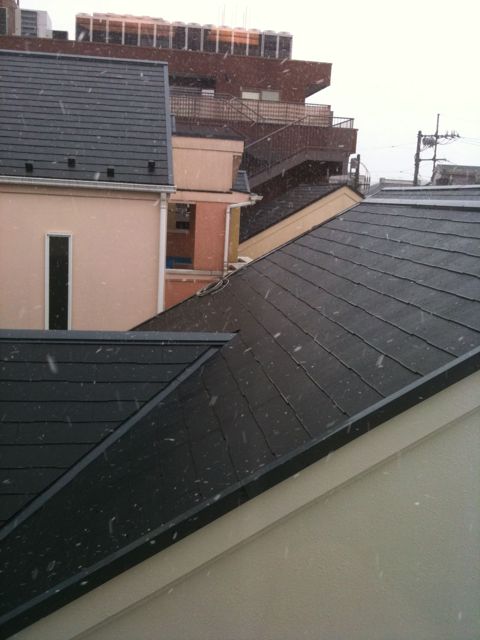 The snow is falling, and the rooftops are wet.

Look at that snow coming down!

The snow is finally accumulating on the rooftops.

The snow is sticking around for a while.

A bit later, in a slightly different direction, there's even more snow.

The roofs are all white!

On my way home in the evening, there's a closer look at the snow. 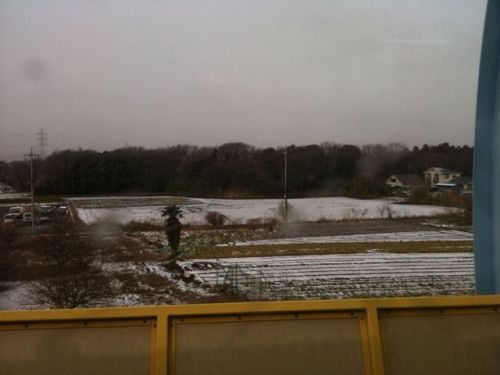 This was from earlier today, while I was going to work. This picture was taken from the train at Yumegaoka Station.

It’s now late at night, and all the snow is gone.  That’s pretty typical of the snow around here.  It snowed a bit today, but it turned into rain.  Tomorrow will be sunny.  This may be the last of the snow this year, but who knows?

This post is taking part in the weekly “Show Me Japan” at Budget Trouble.