September 21, 2011 was the day that the Tokyo area experienced one of its strongest typhoons in years. Typhoon. 15 was a strong typhoon when it hit the region in the afternoon and left quite a bit of damage, though not so serious. It looks like a mess outside, though.

I was at work when the typhoon hit, and all the trains that I could take to get home had stopped. Most train lines in the area had stopped due to very heavy rain and up to 144 km/h winds. I took a couple of videos with my phone during my break, which I will post soon. In the evening, I was able to take the train home, but it was crowded and very slow. The rain had stopped, but the wind had continued. At my station, there was an incredibly large line waiting for the bus, so I walked home. I decided to take pictures of the damage. This is what I saw. Sorry for the low quality for some photos. Low light isn’t the best for iPhone cameras. 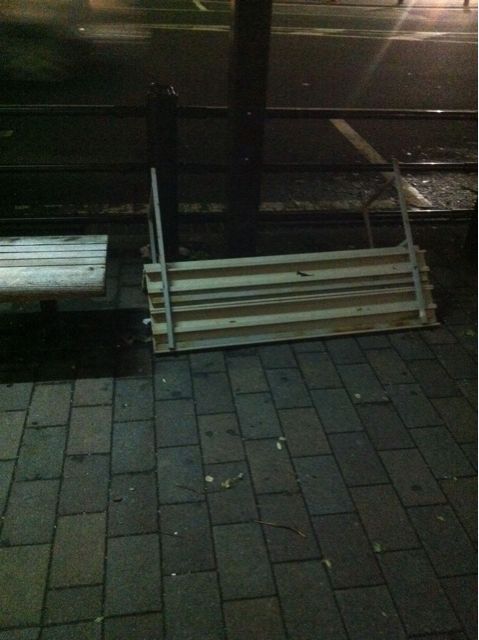 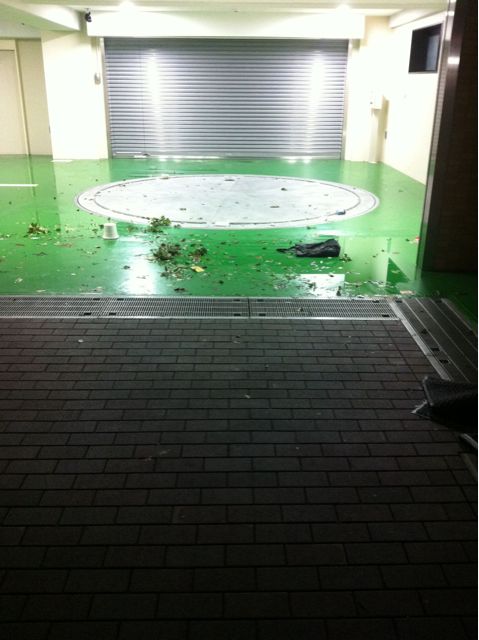 This parking garage had plenty of debris. 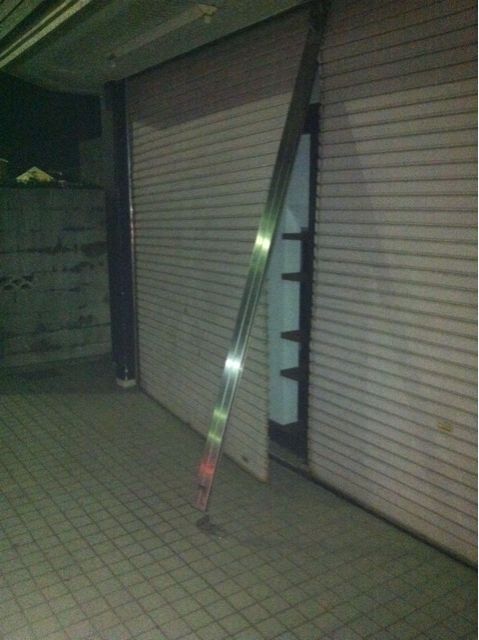 The shutter frame on this building was ripped out.

The first of many damaged fences that I saw. 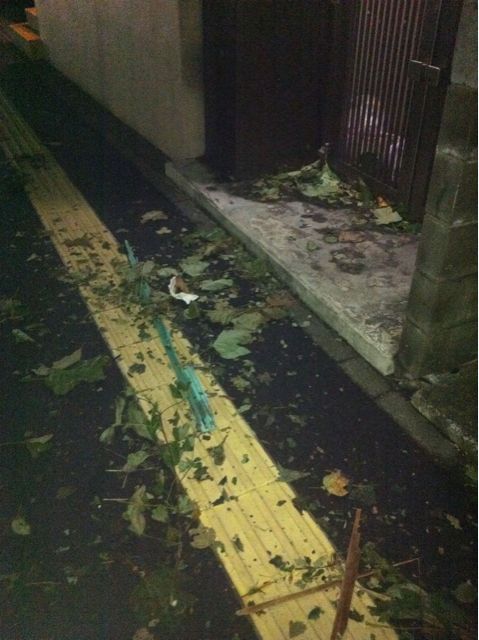 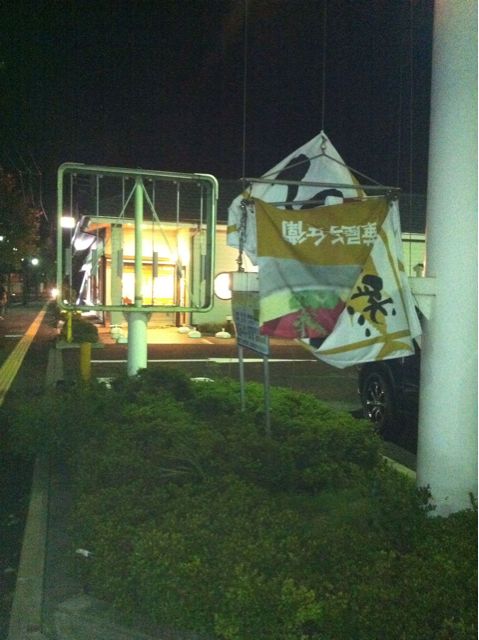 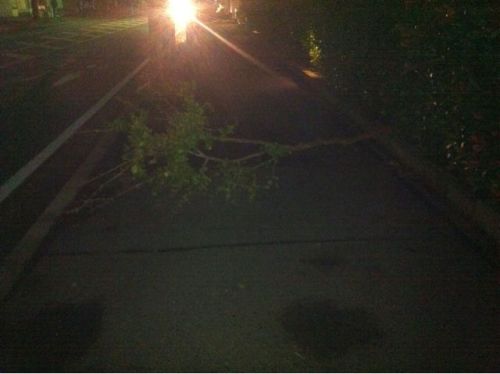 A small tree had fallen on the sidewalk. 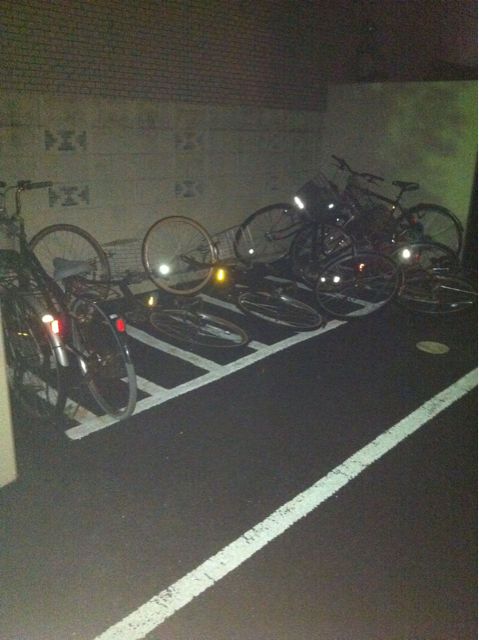 Many bicycles were knocked over. 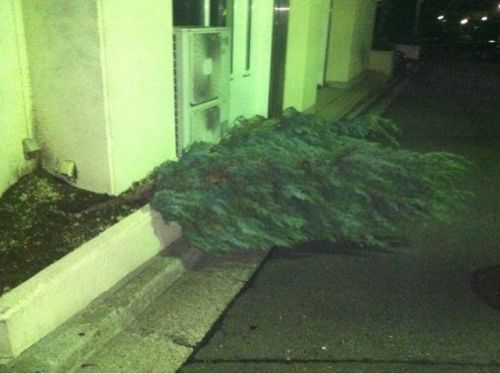 Another tree knocked down by the wind. 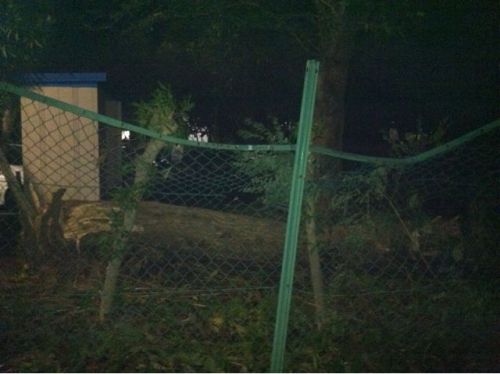 This fence was damaged by a rather large tree that had fallen. You can see part of it behind the fence. 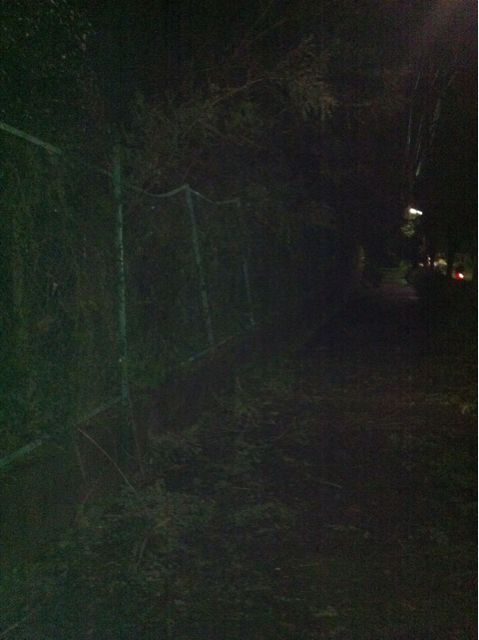 This fence has also been damaged by fallen trees. They've been cleared out, though. 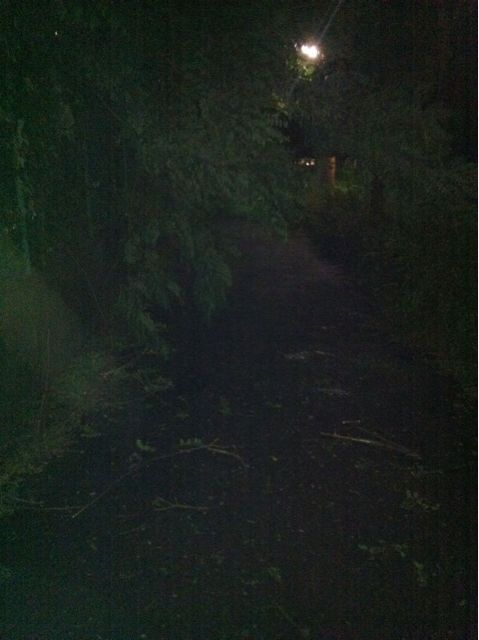 It's hard to see, but this is a large tree that's partially blocking the sidewalk. 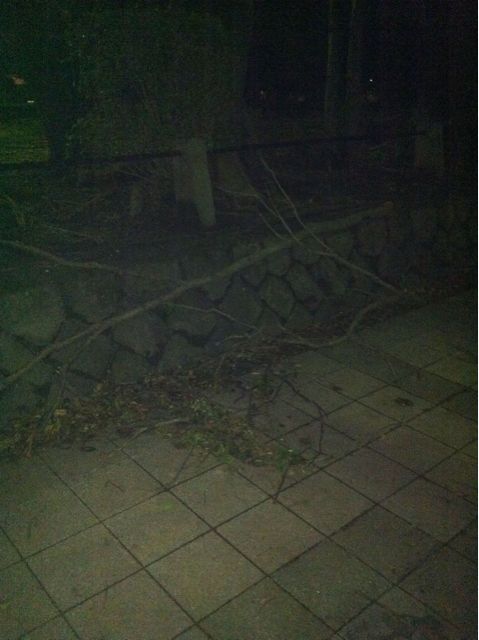 There were many branches around here. 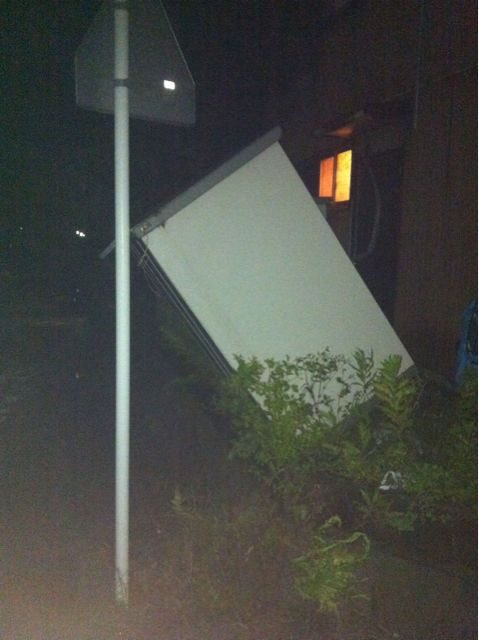 This is a rather large metal box leaning against the sign. 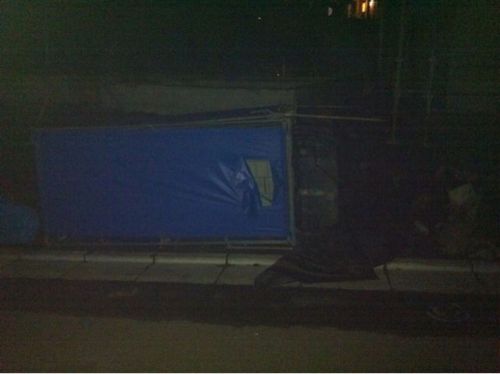 A portable toilet at a construction site that was knocked over. 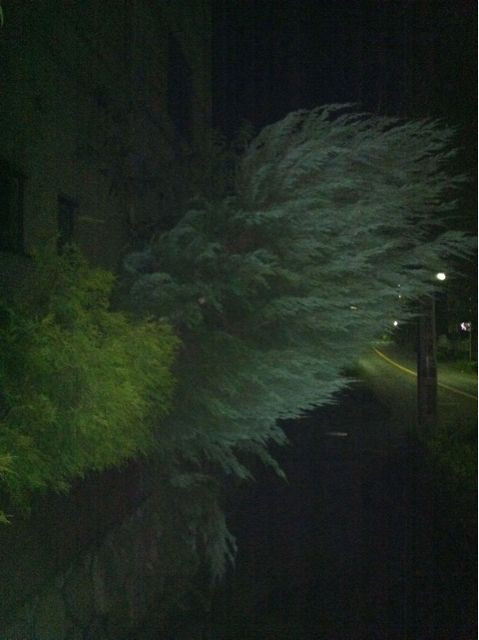 This is outside my apartment. Almost all of the trees around the building were knocked over like this. 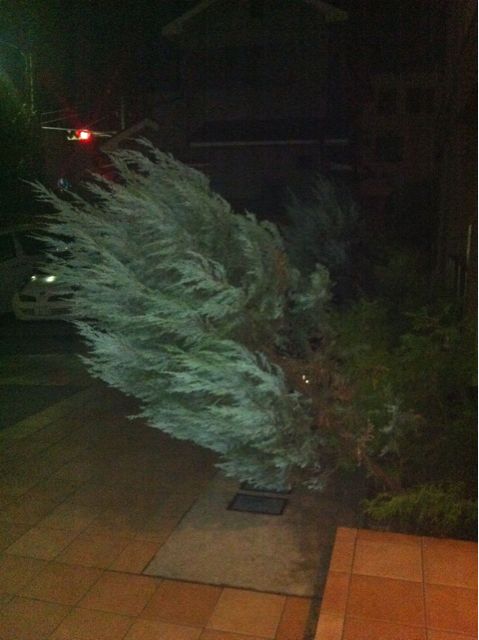 Just outside the main entrance of my building.

Sorry for the lack of posts in the past month.  I’ve been quite busy recently with life at home and at work, and may become busier.  However, I will make an effort to post regularly.  There’s a lot of photos I have to post, as well as more things to talk about.  I’ve made a few posts on my other blog, so you can catch me there, too.