In Japan, a lot of urban rivers have an artificial appearance. They have unnatural banks, guiding them roughly along the same route they used to flow. One of the local rivers near Shonandai, the Hikichigawa, is an example of this. This week, I walked past the river, several weeks after I saw construction equipment in the river. They were flattening the riverbed and removing any large rocks. The area in this picture has stairs down to the river, where there were many rocks where people could go down and fish or play in the river. However, they removed them, most likely for safety reasons. Unfortunately, this has removed places where wading and shorebirds can fish from. This week, I have a bonus picture showing what they’ve been doing. 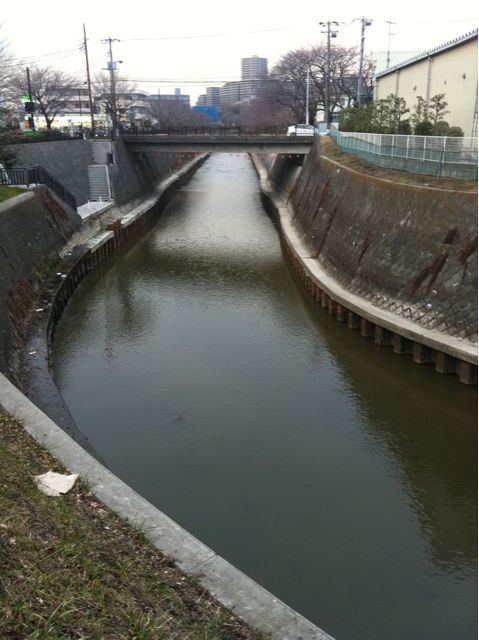 The publically accessible stairs on the left are now closed. 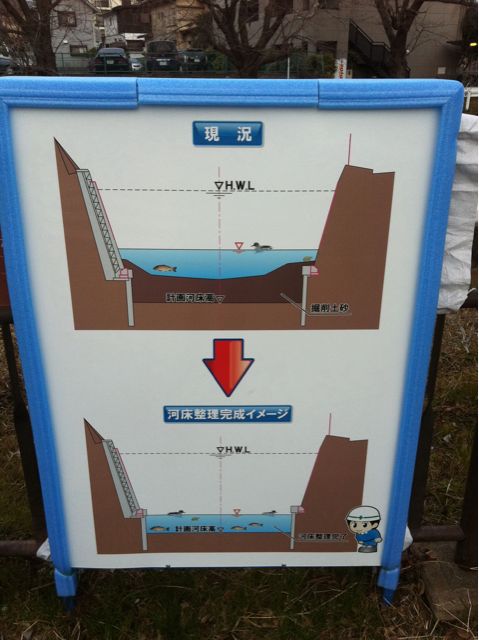 Picture of the Week 40 – Sakai River in Fujisawa

Earlier this week, I was out walking around Kugenuma in Fujisawa taking pictures for the Kugenuma Station area. This is a picture I took with my phone of the Sakai River. The green bridge is for the Enoden Line, and there are many boats, as well. Along this river, boat owners leave their boats tied up, kind of like it’s a marina. Like my earlier picture of the week of the small river, this shows that the banks are concrete. But it’s a much deeper and wider river, most likely with plenty of fish. It seems more like a canal, but it is a river. 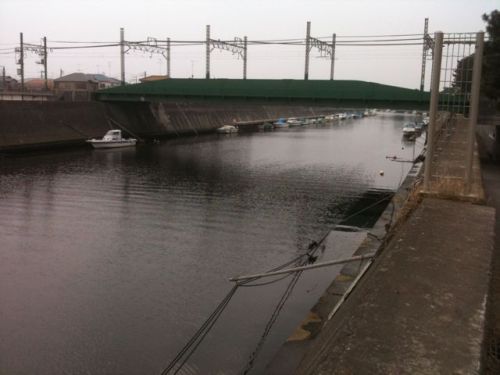 Picture of the Week 37 – An urban river

Japan is a very wet country, so you can definitely find many rivers. But in cities, rivers seem very artificial. Their courses are straight, or have an unnatural curve or angles. The riverbed is often concrete for small rivers, and the riverbanks are also concrete. During rainy season and typhoons, natural rivers can spill over their banks and flood areas. In urban areas, they are controlled. Bigger rivers may be more natural in some places, though. This picture is a river next to my apartment. 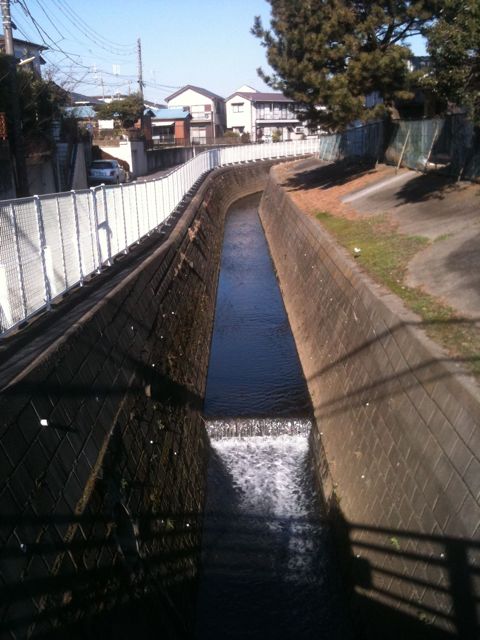 “Show Me Japan” is still going strong!  This post is taking part in the 10th one.

A river in Samukawa

I’m in Samukawa town right now. I just visited Samukawa Shrine, which is quite big. Samukawa is a town just north of Chigasaki. It’s a bit of a countryside town. 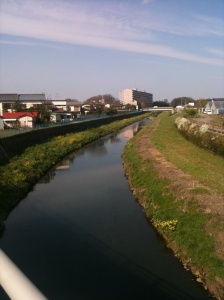 This river runs near Miyayama Station in Samukawa town.